ACTING AS A MODERATOR IS NOT SUFFICIENT TO MAKE HR PART OF A WINNING AGILE BUSINESS. FOR THAT TO HAPPEN, BOTH THE BUSINESS ITSELF AND HR MUST FULLY EMBRACE AGILE.

WHAT IS AGILE MANAGEMENT?

Agile management is now a vast global movement that is transforming the world of work. Most remarkably, the five largest organizations on the planet in terms of market capitalization—Amazon, Apple, Facebook, Google and Microsoft—are recognizably Agile. And most firms want to to be Agile: a recent Deloitte survey of more than 10,000 business and HR leaders across 140 countries revealed that nearly all surveyed respondents (94%) report that “agility and collaboration” are critical to their organization’s success,

The Agile movement took off in software development in 2001 and is now spreading rapidly to all parts, and all kinds, of organizations, as recognized in 2016 by HBR itself with its article, “Embracing Agile.” There are already hundreds of thousands of Agile practitioners all around the world. Despite scores of different labels and flavors of Agile, organizations that have successfully embraced Agile embody a mindset that includes three core characteristics or principles (as exemplified for instance in HBR’s case study of the ING ban),

First is the primacy of the customer. Truly Agile organizations practitioners are obsessed with delivering value to customers. That’s because globalization, deregulation, and new technology, particularly the Internet, provided the customer with choices, reliable information about those choices and the ability to connect with other customers. Suddenly the customer was in charge of the marketplace and expected value that is instant, friction-less and intimate. Now firms could no longer get away with exploiting and manipulating customers, or doing just enough to get by, within the limits and constraints of their own internal systems and processes.

In truly Agile organizations, everyone is passionately obsessed with delivering more value to customers. The firm adjusts everything—goals, values, principles, processes, systems, practices, data structures, incentives —to generate continuous new value for customers and to ruthlessly eliminate anything that doesn’t contribute. Everyone in the organization has a clear line of sight to the ultimate customer and can see how their work is adding value to that customer—or not. If their work isn’t adding value to any customer or user, then an immediate question arises as to why the work is being done at all. Some of this seemingly pointless work consists precisely of the traditional processes and systems of the traditional HR department.

Agile practitioners share a mindset that work should to the extent possible be done by small autonomous cross-functional teams working in short cycles on relatively small tasks and getting continuous feedback from the ultimate customer or end user. Instead of scaling up the organization to handle big complex problems, the organization descales complex problems into small pieces that can be handled by small teams.

From the firm’s point of view, the work unit becomes the team, rather than the individual. By working in short cycles, teams can change direction easily. Big annual  plans of the kind cherished by HR departments become constraints rather than enablers. Getting the best talent that can collaborate easily and innovate rapidly becomes a top business priority. Comparing the outputs of work to a plan that is now out of date is pointless. Annual performance cycles of the kind administered by HR departments feel like relics from some bygone era.

In these organizations, managers recognize that competence resides throughout the organization. The whole organization, including the top, is obsessed with delivering more value to customers. Agile teams take initiative on their own and interact with other Agile teams to solve common problems. This is a different world from traditional HR systems that, as business school professor John Kotter writes, “ask most people, usually benignly, to be quiet, take orders, and do their jobs in a repetitive way.” Such systems are get in the way of the new strategic priority: continuously generating fresh value for customers.

Those are the three core Agile principles. They are easy to understand but difficult for a traditional corporation to implement, as they involve a change in mindset and a shift in corporate culture. The principles help us understand why in large organizations, there is such a vast gap between Agile aspiration and Agile accomplishment. Thus, although in the recent Deloitte survey nearly all respondents (94%) report that “agility and collaboration” are high priorities to their organization’s success, only 6% say that they are “highly agile today.”

So, while today there are brilliant islands of excellence in Agile implementations, as at the ING bank, there is also a sea of mediocrity in terms of the business implementation of Agile, even before we get to the issue of Agile in HR. When the business itself hasn’t fully embraced Agile, it is hardly surprising that the HR department is grasping for partial solutions like “agile lite.”

Rapid innovation may have become a strategic imperative, but some companies have moved faster than others. Some haven’t moved at all. As a result, there are today three main ways in which HR operates.

A. HR AS EXECUTIONER

As firms faced more competition in the late 20th Century, many set out to maximize shareholder value as reflected in the stock price, off-shored the supply chain, regarded customers as “demand” to be manufactured, treated staff as “human resources” i.e. things to be manipulated with the goal of increasing efficiency and making money for shareholders and the executives. Downsizing was the rage, and top management needed someone to explain to staff that their lifetime employment was no longer being honored and to get them to execute the top’s orders. HR volunteered for the job. It was all about money and HR often reported to the Chief Financial Officer.

Here the conversation concerned body counts and cost reduction, ostensibly to help the organization survive. It meant HR siding with management against the staff. Little attention was given to the fear and loathing that these HR practices generated among the staff. As workers’ lives were torn apart by downsizing and offshoring, resources were shifted to shareholders and executives, and pensions were ripped off. HR’s role was to put the best possible face on a war zone.

In the process, HR won neither love from the staff nor respect from the top management. HR was no more than an executioner, following orders, but having no role in deciding what to do. It was irksome work, but someone had to do it. Today, few HR departments admit to playing this role, although it lurks in the background in many large organizations, particularly those committed to maximizing shareholder value as reflected in the stock price. It often emerges from the shadows during a crisis.

B. HR AS MODERATOR

By contrast, in a role as moderator, HR may pursue sensible, practical ways in which it can help the organization meet the needs of all the stakeholders, moderate the more aggressive tendencies of the senior managers, and work in a low-profile way to generate a more productive organizational culture. Developing HR practices with a track record of procedural fairness can help firms do better in downsizings. Careful, firm-specific HR practices can help certain individuals perform better. Treating those employees who leave as alumni rather than deserters can win future business. Good HR policies are presented as having measurable results and helping avoid PR disasters. These are all good ideas, and good HR directors are pursuing them. Such practices can help a firm win a spot on the list of the Best Companies To Work For, but they are not necessarily enough to get the firm on a winning path in the marketplace.

In full-throated Agile, HR goes further and embraces the same Agile principles as the business. It becomes in effect a truly Agile partner with the business, not merely moderating support. Here HR, like the business, focuses obsessively on delivering value to external customers, setting aside anything that doesn’t contribute to that goal, descaling work for small autonomous cross-functional teams, and operating as part of a fluid network, rather than a top down bureaucracy.

The way in which these three different roles play out in an organization can be summarized in the following table. It shows that most of the “Agile lite” practices cited in the HBR article reflect “HR as a moderator,” rather than “HR as an Agile business partner.

HR STILL HAS WAYS TO GO

The HBR article is right to signal that HR’s transition from “executioner: to “moderator” constitutes relative progress. It may enable HR to escape to a certain extent from its reputation as a generator of fear and loathing. Even with this limited transition though, many HR tasks, such as traditional approaches to recruitment, on-boarding, and program coordination, become obsolete, as do traditional approaches in those areas. HR will require new skills. It will need more IT expertise and deeper knowledge about teams and hands-on supervision.

Yet in adopting the role of moderator, HR falls short of being a business partner in genuine Agile management. Acting as a moderator is not sufficient to make HR part of a winning Agile business. For that to happen, both the business itself and HR must fully embrace Agile.

(Originally published by Steve Denning in Forbes Magazine, in March 11, 2018) 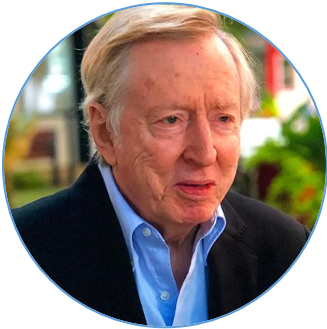 Steve Denning is the author of six successful business books on leadership, leadership storytelling, and management, as well as a novel and a volume of poems. Since 2011, he has been writing a popular Leadership column for Forbes.com and has published more than 600 articles on the Creative Economy, with more than 6 million visitors and more than 15 million page views. He has interviewed eminent gurus such as Clayton Christensen.

Steve is a member of the Advisory Board of the Drucker Forum, headquartered in Vienna, Austria. The annual Drucker Forum, held in November each year, has become the leading global conference on general management issues. Each year, Steve has chaired a panel at the Forum, which attracts the world’s top thought leaders in management.

From 1996 to 2000, Steve was the Program Director, Knowledge Management at the World Bank where he spearheaded the organizational knowledge sharing program.